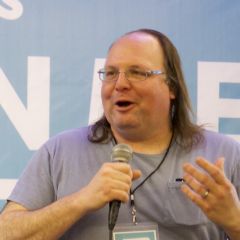 We’ve been asked several times why Global Voices is holding a summit in Cebu, the second-largest city in the Philippines. That’s a pretty easy answer: Nini Cabaero of the Sun Sentinel, a former student of mine at MIT, made a great case for the friendliness of the Cebuano people and argued that we would get a richer picture of the Philippines if we met outside the highly globalized and cosmopolitan capital. (She’s right – it’s been a fantastic introduction to the diversity of the Philippines, a nation of 7000 islands, and of many different languages and cultures.)

But why the Philippines? Global Voices holds our meetings in countries that do not censor the Internet, and in Southeast Asia, internet censorship is quite widespread. But the Philippines is also attractive as it is a hotbed for social media. Leading Filipino media expert Tonyo Cruz tells us that of the 100 million Filipino people, 44 million have access to the internet at home, via business, school, or smartphones. 40m are users of social media, a remarkable percentage. Evidence suggests that Filipinos are the most voracious users of the internet, spending an average of six hours a day online. Fleire Castro, a blogger and relief work activist, suggests that this may be because the internet is so slow – it’s possible that those six hours are spent loading a single viral video. A selfie of the panel. Courtesy Ruben Licera. Used with permission.

Tonyo Cruz notes that there are thriving blogging communities in Cebu, Mindanao, Luzon, throughout the Visayas, as well as in Manila. Bloggers are now widely recognized as members of the media. Some bloggers have graduated into business as social media managers. While some of this media is personal and silly – the Philippines is now known as the selfie capital of the world – bloggers are also becoming journalists, wittingly or unwittingly. A project called Blogwatch encouraged citizens to use online media to document and protect their votes in 2010. Bloggers rented a cable television station and held a show on election day, offering blow by blow reports.

Social media is also a tool for social change outside the electoral system. Hashtag campaigns like #rescueph, #reliefph have raised money for typhoon relief. A crowdsourced “magna carta” for internet freedom has been central to a movement for online rights. And recently, a million person march organized online took on the pork barrel system in Congress, Cruz tells us.

These campaigns unfold largely on Facebook, the most popular network in the Philippines, but also on Skype, Google+, Twitter and Viber. Blogs remain powerful, though, especially as a way of speaking out against media misrepresentations. Ruben Licera, a longtime blogger and social media expert, tells us the story of a campaign by a Cebuano blogger to combat an ad campaign featuring and misrepresenting indigenous Cebuano hero Lapu-Lapu to sell diapers. His blog, amplified by Licera and others, gathered thousands to the cause and through viral spread, forced EQ Diaper to pull the ad. Another blog campaign debunked a story about a Filipino politician being banned from entering an airbase because the UN demanded that Filipinos not touch UN aid goods. This image and the accompanying story spread widely online, until a blogger researched the imagine and revealed that it was actually of a Filipino politician being warmly greeted by a US commodore. This campaign points to the dangers and power of social media, especially when accounts spread without being checked.

There’s great civic promise for social media in the Philippines. Fleire Castro, who is active in relief efforts, tells us about #oneforiligan, a campaign to support the victims of the Sendong typhoon in Iligan. It urged people to donate at least one dollar to fund relief efforts. Since the campaign was basically a hashtag and instructions to donate to the Iligan Bloggers Society, it was easy for dozens of microorganizations to join in the movement. Ultimately, it raised 1 million pesos (roughly $25,000) in small donations, plus donated goods, which the blogger group delivered for typhoon aid.

Tonyo Cruz points out that there could be greater social impact from digital media if not for the digital divide. During the most recent set of typhoons, Filipinos were expecting to hear damage reports from far flung areas, but no reports came. This has to do with infrastructure issues – these areas are very poor, and connectivity is limited, if not non-existent. “The digital divide blunts the effectiveness of data for social good.”

On the positive side, Cruz believes that bloggers are challenging a problem with Filipino media: credulity. There’s no local culture of factchecking, he explains. “When the president gives a state of the union address, the reporting focuses more on what people wear, what they ate, than on checking the President’s claims.” Social media is making it possible to check these assertions.

The panelists agree on two steps the blogger community should take in the Philippines – they should start holding local blogger conferences, inspired by Global Voices, and they might agree to a general code of conduct: “Bloggers should be honest, fair, accountable and minimize harm.” As bloggers ask to be taken seriously as journalists, it may be appropriate for them to be held to these basic ethical standards.

Originally posted on Ethan's blog, “My Heart's in Accra.”